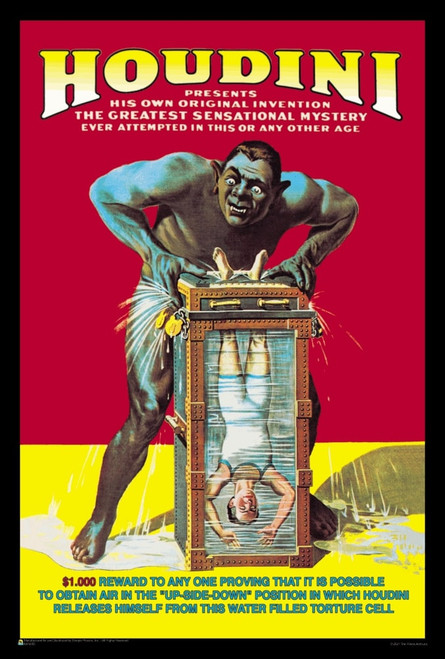 This poster is 12" x 18" and makes the perfect addition to an entertainment or movie room as well as teen bedroom or college student's dorm room.

Ehrich Weiss, aka, Harry Houdini (1874 - 1926) was a Jewish Hungarian-American magician. His is regarded as the greatest escape artist in history. During his career he as was also a stunt performer, actor and film producer. Text reads, "$1000 reward to anyone proving it is possible to obtain air in the "up-side-down" position in which Houdini releases himself from the water filled torture cell."